CALL US FOR A CONSULTATION

CALL US FOR A CONSULTATION 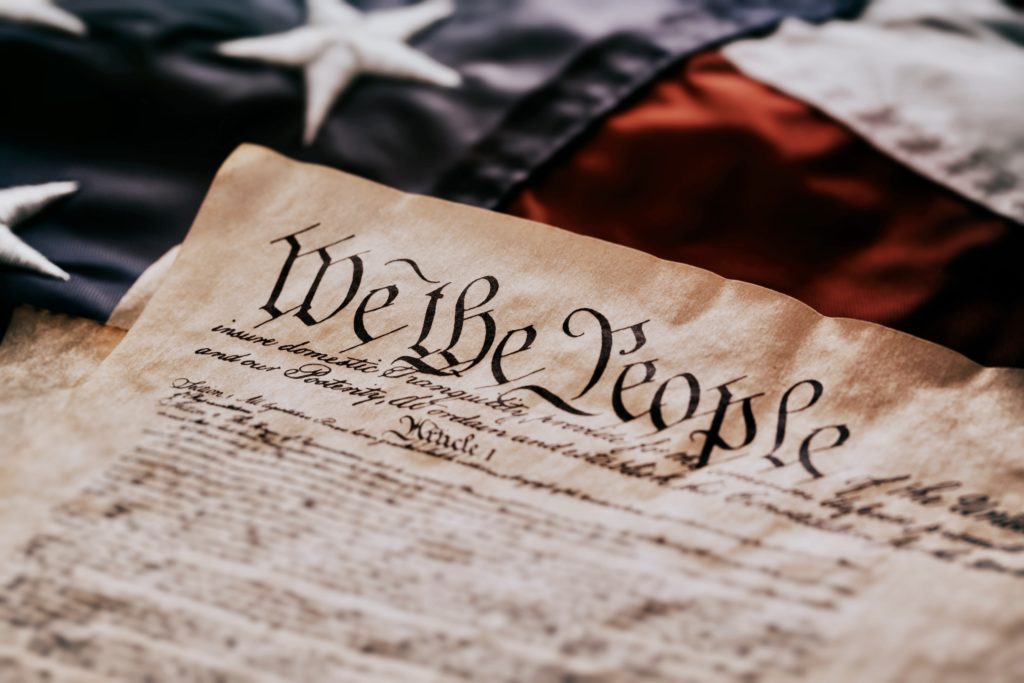 Immigration and Nationality law is a complex and ever-changing area of law. For that reason, it is especially important to hire a licensed and experienced immigration attorney to handle your case.

In 2020, the Trump Administration expanded the Public Charge rule making it more difficult for noncitizens to immigrate to the United States. Neri Law Offices offers immigration law services to prepare your case to overcome the likelihood that you will be deemed a “public charge” and be denied your green card. Note: the rule is being actively challenged in federal court.

SURVIVOR BENEFITS FOR WIDOWS AND WIDOWERS OF U.S.CITIZENS

On October 28, 2009, Congress amended the law governing immigration benefits for widows and widowers of U.S. citizens, which required a widow(er) to be married to the U.S. citizen spouse for two (2) years before being eligible to seek survivor benefits in the event of the citizen spouse’s death. The new immigration law eliminated the two-year requirement and allowed the surviving spouse to apply for Lawful Permanent Resident status regardless of whether the deceased spouse had ever filed Form I-130, Petition for Alien Relative. Neri Law Offices processes both standalone Form I-130s and Form I-130 as a complete application packet.

Acquisition of Citizenship for a child born abroad is complicated and requires that an immigration attorney analyze immigration law and go through several requirements depending on whether the child is born in wedlock, out of wedlock, to a U.S. citizen mother, to a U.S. citizen father, as well as many additional factors. Children can also obtain citizenship as derivates when their parents naturalize or they are adopted by U.S. citizen parents, provided that certain conditions are met.

“What makes someone American isn’t just blood or birth but allegiance to our founding principles and faith in the idea that anyone – from anywhere – can write the next chapter of our story” – Barack Obama. Have a voice in how our nation is governed. Neri Law Offices can help you Achieve the Dream™

If you are an active duty member of the U.S. Armed Forces, Selected Reserve of the Ready Reserve, or a veteran, you qualify to help your noncitizen parent(s), spouse, and/or child(ren) obtain a “parole in place” permit that may allow them to file for their green card and get an interview in the United States. If your family member does not qualify for a green card, s/he may be able to obtain a work permit and renew it yearly.

Neri Law Offices processes bond and parole requests before ICE and/or an immigration judge in immigration court for individuals who are detained at immigration detention facilities. We also file appeals to the Board of Immigration Appeals (BIA), and motions to reopen immigration court proceedings based on in absentia removal orders (did not attend court hearing) due to lack of notice and/or extraordinary circumstances, ineffective assistance of counsel, and sua sponte (discretionary) authority.

VICTIMS OF CRIME & PROTECTIONS AGAINST VIOLENCE

When there is no family member that can petition for you to obtain a green card in the United States, there are other options that can lead you there. One of the options is the U Visa, which is a visa for individuals who have been a victim of a crime that occurred in the United States. As a parent, sibling, or child of the victim, you may qualify for a U Visa as a derivative beneficiary or even as a direct beneficiary for being an “indirect victim.” The U Visa has one of the most generous waivers that can allow you to become a green card holder even if you have negative factors such as a past deportation or removal from the United States, a criminal record, or you have made a false claim to United States citizenship.

In addition, battered alien spouses (men and women), parents, and children of United States citizens and Lawful Permanent Residents can self-petition for immigrant status under the Violence Against Women Act (VAWA) regardless of whether they entered the United States legally. Both processes allow you to request a work permit while your case is pending.

Neri Law Offices processes Freedom of Information Act (FOIA) requests with the federal government to obtain a copy of your immigration records and assess your options for immigration relief under U.S. Immigration laws. The statute does not require that a requester be a U.S. citizen and in no way discriminates based on immigration status. FOIA records are confidential and often critical for the success of the case. The documents obtained from a FOIA request are useful in the following scenarios:

It is important to note that Neri Law Offices can submit a FOIA request for someone who is deceased.

At times you may need to renew an application to continue receiving immigration benefits. Neri Law Offices can assist you in renewing the following:

As your application for immigration benefits is being processed, USCIS may request additional information from you before issuing a decision on your case, may decide that it does not believe that you are eligible for the benefit requested and issue you a notice of intent to deny, or may send you a decision denying your application that requires an appeal on Form I-290B. All the above is time sensitive and may require substantive and sometimes creative legal argument. Neri Law Offices has been successful in responding timely and efficiently to requests for evidence, arguing that the application should be approved, and overturning denied applications. Time is of the essence. Call us now for a consultation.

Attorney Paola I. Neri is admitted to the United States District Court for the Central and Southern Districts of California. She can file lawsuits against the government for clients in Los Angeles, San Bernardino, Riverside, Orange, San Luis Obispo, Santa Barbara, Ventura, Imperial, and San Diego counties.

* Neri Law Offices is centrally located in Los Angeles county and serves people with legal needs across the United States and abroad. The countries served continues to expand worldwide. 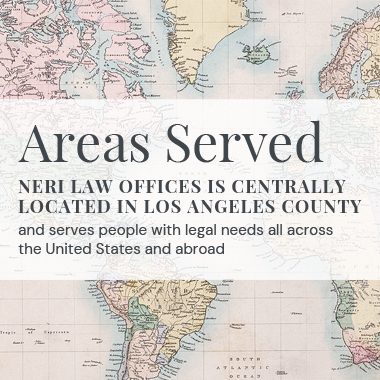 The Department of Homeland Security announces the

I’ve had a super busy day today, however, there